For his SS ’14 collection, titled “Teenagers from Mars,” designer Jeremy Scott found the ultimate collaborator in artist Kenny Scarf. Scott—whose signature style blends elements of the punk club-kid with a penchant for spectacle—found inspiration for his newest collection in a familiar source: Manhattan’s Lower East Side ’80s art scene. “I wanted to represent its characters—Jean-Michel Basquiat, Keith Haring, Kenny Scharf—and bring them to life,” explained the designer about the collection. And with the help of one of the most notorious pop artist working today, Scott did just that.

Alongside the typical t-shirts you would expect on a Jeremy Scott runway—emblazoned with phrases like “Earth Sucks” and “Mars or Bust”—were bathing suits, dresses, and two-piece outfits featuring a number of prints designed by Scarf. The artist’s most iconic motifs, such as squiggles, shapeless blobs and cartoon faces, were incorporated seamlessly into Scott’s silhouettes so that the collection equally represented both artist and designer. 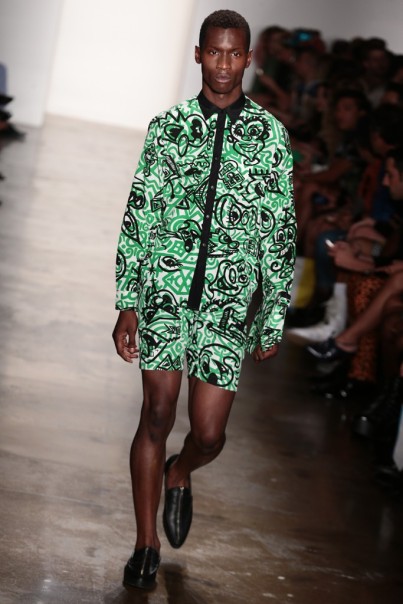 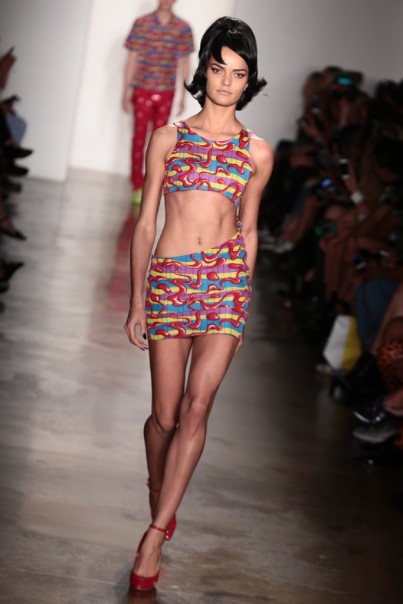 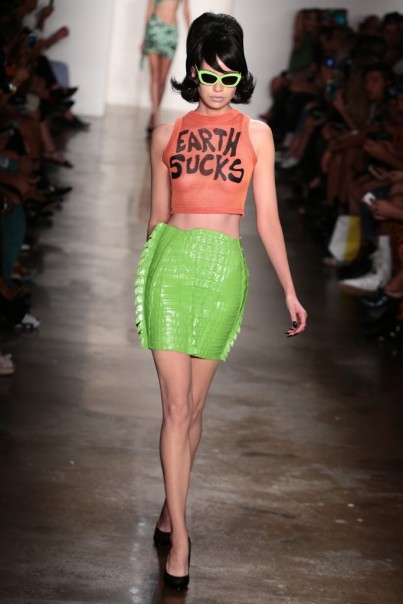 Fendi has enlisted three Los Angeles artists to reinvent their iconic baguette, which recently celebrated its 15th birthday. While the brand has worked with artists such as Tom Sachs and Jeff Koons in the past on a similar projects involving the always-in-demand purse, it was West Coast artists Pae White, Chaz Bojorquez, and Kenny Scharf who took the reigns in this particular commission. (If you read my post last week you will agree that Scharf has kept himself quite busy lately in the form of retail collaborations.)

The LA trio seemed most appropriate for a collaboration from which proceeds would benefit The Museum of Contemporary Art, Los Angeles. Fendi took note of the excitement around the emerging art world in Los Angeles and decided to focus their collaboration on upcoming talent in the area. The bags were sent to the artists as blank canvases: white, simple, and open to whatever interpretation the artists were inspired to create. The resulting designs were auctioned at Maxfield this past fall. 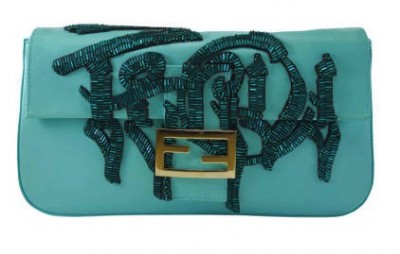 So I have a slight obsession with Kiehl’s Creme de Corps that tends to strengthen during the winter months. Thus, I was incredibly excited when I learned that the beauty brand was partnering with pop-surrealist artist Kenny Scharf to create custom-designed bottles for the most moisturizing lotion on the planet for a good cause: 100% of proceeds of the limited edition bottles will support RxArt, a not-for-profit organization that promotes healing through contemporary art in children’s hospitals. The bottle design features Scarf’s signature psychedelic prints; the artist is most known for his larger-than-life sculptures, installations, and paintings. He appeared in the Whitney Biennalle in 1985, has had numerous solo shows (he is represented by Paul Kasmin in NY and Honor Fraser in LA), has been commissioned by brands such as Absolut and Barbie, and even designed a custom bike for Lance Armstrong that he rode in the 2009 Tour de France. Scharf has also created a more affordable artwork for the Kiehl’s customer in the form of a “Squirt” sculpture in an edition of 2000, all of which are numbered and come with a signed certificate of authenticity ($50). How cute!? 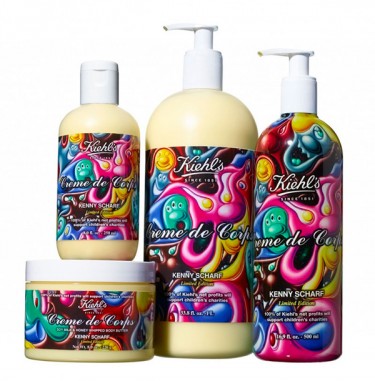 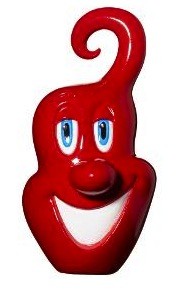 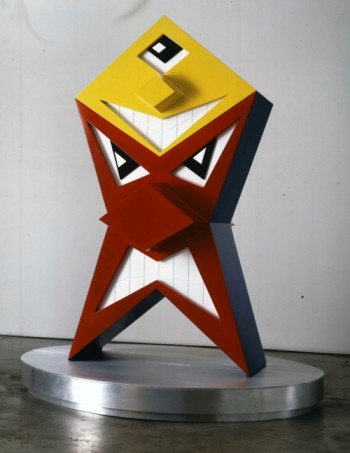